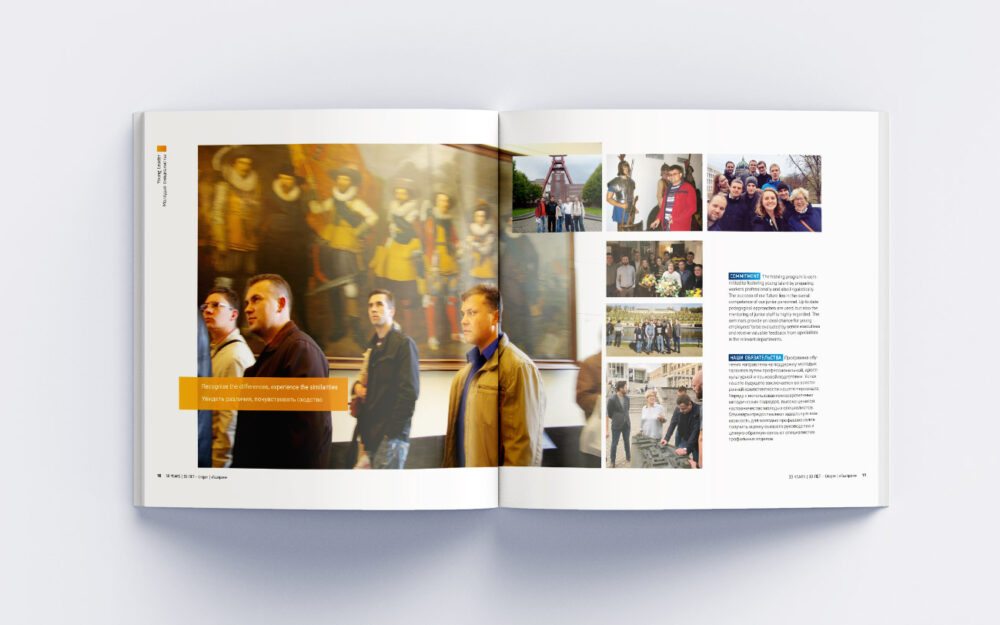 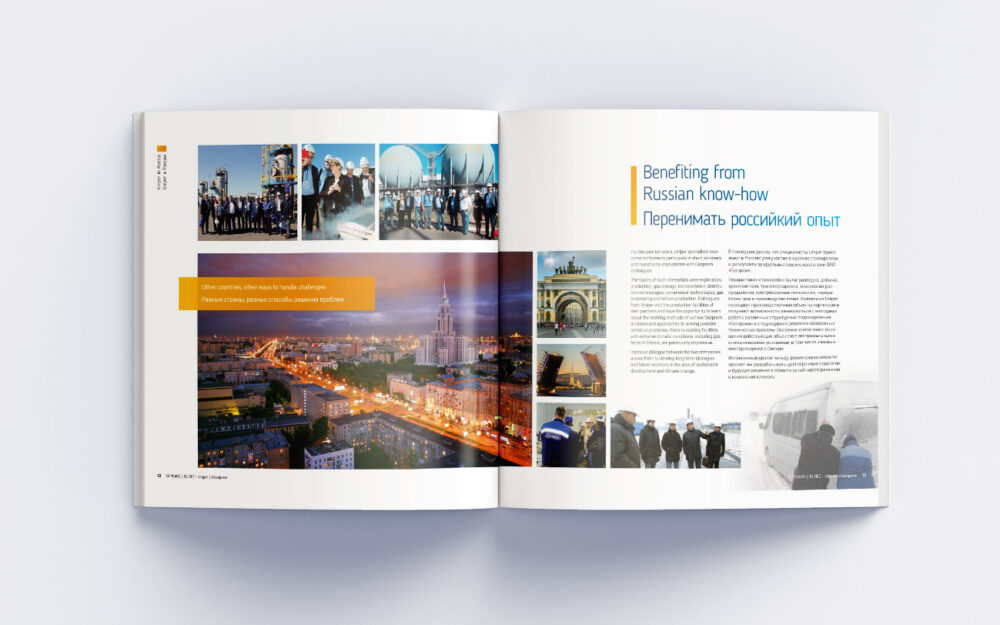 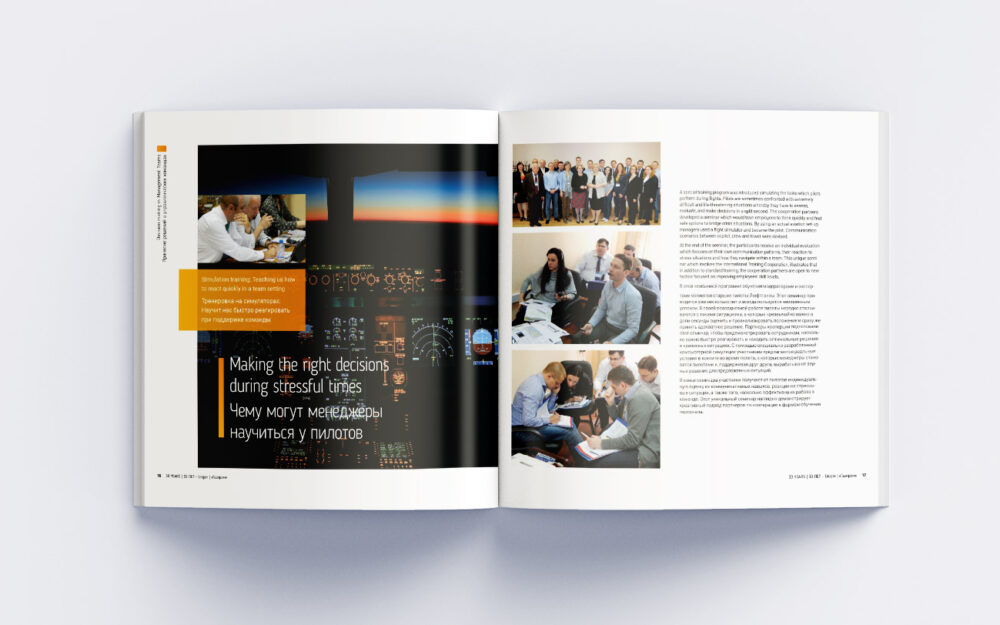 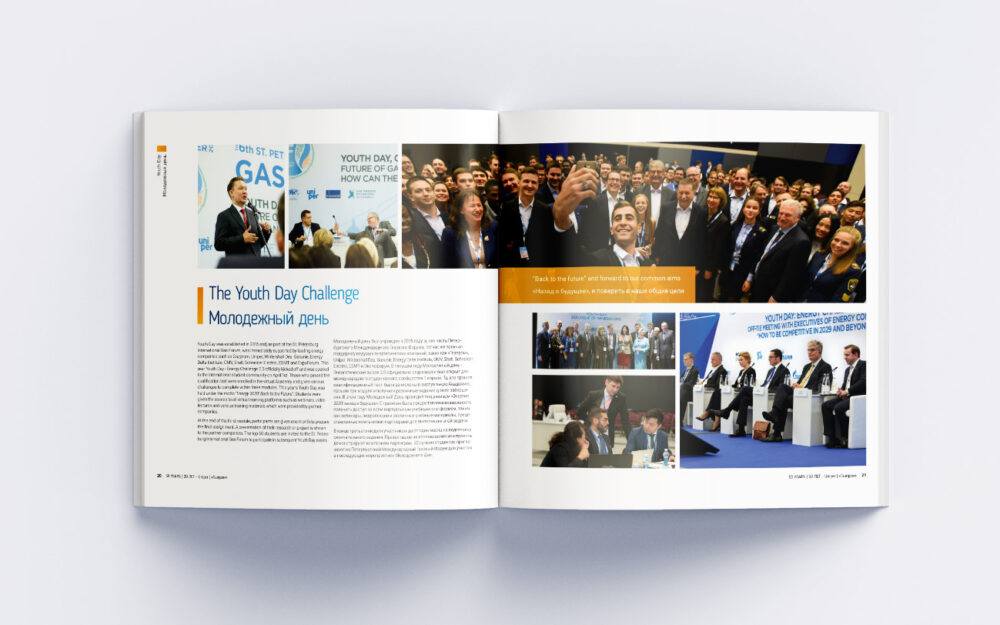 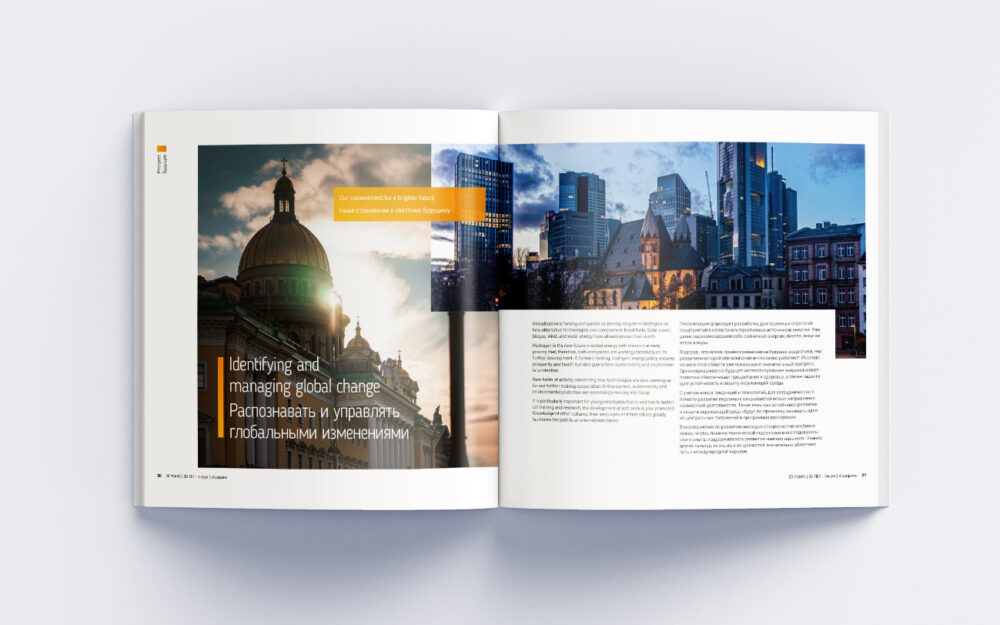 Product
Uniper (formerly E.ON and Ruhrgas, respectively) and Gazprom are linked by long and successful cooperation. Since the gas supply contract in 1970, many challenges have been overcome, and triumphs have been achieved across national borders. A bond has been created largely due to the International Training Cooperation between the two companies established in 1990. Every five years, a celebratory anniversary event is held to review the successes of the past half-decade, strengthen alliances, and share visions for the future.

Strategy
In 2020, the cooperation celebrated three successful decades of unity. This called for a special event to unite cooperating companies in a celebratory manner.

Project
For UNIPER and GAZPROM we developed the communication for the anniversary event. Under the festive title “Three decades, two partners, one aim”,. We illustrated this by showing the historical significance, success stories, and future visions in an elaborately designed and produced commemorative publication and an animated presentation video clip. In the meantime, we are getting better and better at using Cyrillic typography and the Russian language.